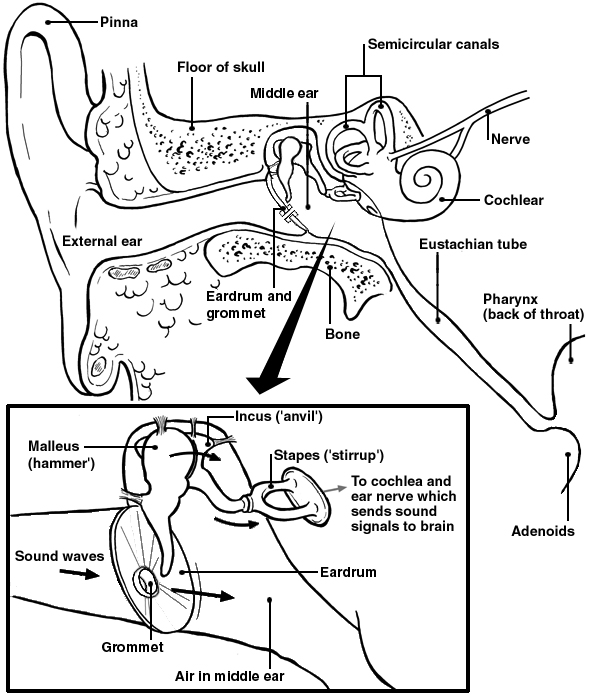 This leaflet is about the operations used to treat glue ear. Please note: most children with glue ear do not need an operation. For general information about glue ear see the main glue ear information leaflet.

Who needs an operation for glue ear?

An operation may be advised to restore hearing to normal if glue ear does not clear after a time of 'watchful waiting'. The time advised to 'wait and see' if the glue ear clears can vary from child to child. It depends on such things as the age of the child, the severity of the hearing loss, whether there has been previous episodes of glue ear, whether schooling, learning or speech is affected, etc.

What are the operations?

These operations are done under a general anaesthetic. They only take a short time to do. They are often done as a 'day case'. Sometimes an overnight stay in hospital is needed.

Are there any risks with these operations?

As with any operation, there is a risk of complications from the surgery and with the anaesthetic. However, the risk is very small.

Some common concerns after grommets are put in

The diagram below shows where a grommet is placed.

What happens to the grommet after it is put in the ear?

Do grommets cure the glue ear for good?

Are there any complications with grommets?